www.free-education.in is a platform where you can get pdf notes from 6th to 12th class notes, General Knowledge post, Engineering post, Career Guidelines, English Speaking Trick, How to crack an interview, and lots more. ( Redox Reactions Class 11th Chemistry Notes and NCERT Solution )

In reaction, Cu is undergoing reduction and oxidizing hydrogen. Therefore, Cu is oxidizing agent and H is reducing agent.

“As in this reaction both oxidation and reduction occur simultaneously, therefore reaction is called redox reaction.”

Oxidation: Is defined as loss of electrons that is:

Reduction: Is defined as gain of electrons that is given below.

Let us explain it more with the help of example:

We can see in this example that H atom as going from neutral to a positive state in water, the O atom goes from zero state to dinegative state in water. There is an electron transfer from H to O and consequently H2  is oxidized and O2 is reduced .The charge transfer is only partial or we can say that it is electron shift rather than calling it as complete loss of electron by H and gain by O.

Another example of Redox reaction in terms of electron transfer:

Oxidation number: It is defined as “residual charge that is present on atom when the atom is in combined state with other atoms”.

Oxidation: It is defined as increase in oxidation number of an element.

In this, Magnesium oxidation number is increased from 0 to +2.Therefore, oxidation occurs.

Reduction: It is defined as decrease in oxidation number of an element.

In this oxidation number of iron is reduced .Therefore, reduction occurs.

There are two ways of balancing Redox reactions:

Oxidation method: The steps to be followed-

Step1: the skeletal ionic equation is :

Step 1: Separate the equation in to two halves:

Step 3: For reactions occurring in acidic medium, add water molecules to balance oxygen atoms and hydrogen ions are balanced by adding H atoms. Thus, we get:

To equalize the number of electrons in both reactions, we multiply oxidation half reaction by 6 and write as:

Step 5: We add the two half reactions to achieve the overall reaction and cancel the electrons on each side .This give us net ionic equation:

For the reaction to be Redox, both the elements should be in elemental form.

For example: All combustion reactions are Redox reactions.

There are two types of Redox reactions

Direct Redox reaction: In which oxidation and reduction both occur in same beaker. In this electron so produced does not travel to large distance.

For example: A beaker containing Zinc rod dipped in Copper sulphate solution in this the following reaction occur:

Indirect Redox reactions: In it oxidation and reduction occur in different beakers. The electron so produced has to travel a certain distance that leads to generation of current.

Example: Daniel cell: A cell containing Zn-Cu couple that we are going to study in detail now as given below but before that let us make you familiar with the general term used in redox reaction that is Redox couple.

It is defined as having together the oxidized and reduced forms of a substance taking part in oxidation or reduction half reactions .they are actually conjugate acid base pairs .we can also define it as : an oxidizing and reducing agent which appear on opposite sides of a half equation constitute the redox couple .Like, given below is the cell in which we consider Zn/Cu redox couple .

With passage of time, the left container will have excess positive charge around electrode. Due to which further oxidation stops .Whereas in other beaker negative charge will exceeds, which will start repelling electrons. Therefore, at that time salt bridge comes into action. The oppositely charged electrolyte ions start diffusing into half cells in order to neutralize the excess charge. Hence, the cell keeps on working.

The electrolyte that is selected must fulfill two conditions:

The overall reaction that takes place is:

Representation of the cell

Electrode potential is defined as “potential difference set up between electrode and electrolyte of same beaker”.

It is of two types:

Factors on which electrode potential depends:

It is the potential difference between two electrodes when no current flows through the circuit.

Standard hydrogen electrode and its application

Standard hydrogen electrode is the reference electrode that is used to calculate electrode potential of any electrode. It is also called as SHE or NHE.

This apparatus consists of beaker having 1 molar HCL solution. In it, a sealed tube having platinum wire is dipped. This platinum wire is further attached to platinum foil. This complete cell is connected to the cell. Then continuously hydrogen gas maintained at 1 atm is bubbled. Platinum foil here acts as a site of reaction.

The Standard electrode potential of SHE is zero volt. This SHE can act as anode or cathode, depending upon the half cell that is attached to it.

If it acts as cathode then following reaction occurs:

If it acts as anode then following reaction occur:

Is the arrangement of elements in order of increasing potential. It is the series has the values starting from –ve to positive. The series is shown below:

“Lower the value of potential, stronger is the reducing agent “or vice versa.

“All the metals with negative reduction potential will evolve hydrogen and others do not.”

Redox reaction as the basis for Titrations

Titration is the process in which the solutions of two reagents are allowed to react with each other.

The objective of these titrations is to find out the exact amount of an acid (or the base) present in a given solution by reacting it against the solution of standard base (or an acid) .

We have studied about so many elements till now .Out of 114 elements, most of them occur in combined state. Only noble gases occur in atomic state otherwise, most of them exist in molecular or combined form.

The combined state is formed by combination of elements that  is a chemical bond. Like families, have connections in the same way the attraction of chemical species is called chemical bond.

The reason behind the formation of chemical bond is to obey octet rule .According to this rule, “every element needs to attain stability. For this, the elements either loose or gain electrons to attain 8 electrons in its outermost shell” .But certain violation were seen like in case of hydrogen, the atom has tendency to attain only 2 electrons in valence shell .So, in case of it the rule is violated and is called as Duplet rule.

Other violations are: In certain molecules, the deficient octet is seen. For example  in H2 ,whereas in others the central atom has expanded octet that is more than 8 electrons like in SF6.

When two atoms come closer, their outer electrons repel each other and finally they stop at a distance where the released energy is more .As less energy corresponds to maximum stability than at that distance the chemical bond is formed.

Bond formation takes place due to loss of energy and stable state. 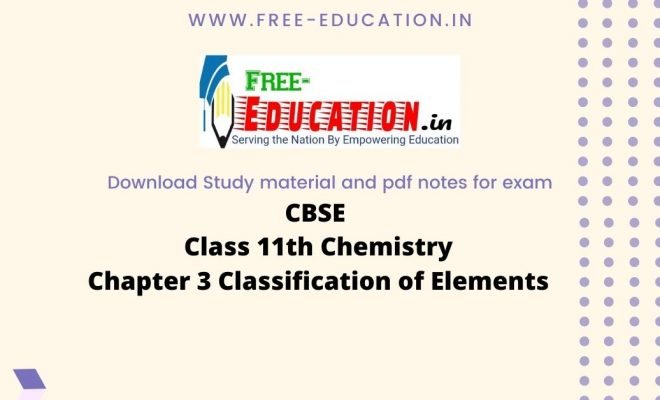